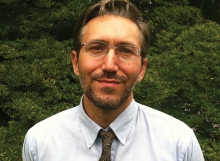 Did you ever prepare for a game, a duel, or a debate, assuming person x would be the real threat, but then the challenge came from someone else? That’s the reality Pharaoh faced in our parsha this week, Shemot.

Pharaoh felt threatened by the growing masses of Israelites in his country. His solution: stop the birth of Hebrew males.

“The king of Egypt spoke to the Hebrew midwives, one of whom was named Shifra and the other Puah, saying, ‘When you deliver the Hebrew women, look upon the birthstool: if it is a boy, kill him; if it is a girl, let her live.’”

When that strategy didn’t work, “Then Pharaoh charged all his people, saying, ‘Every boy that is born you shall throw into the Nile, but let every girl live’.”

Our Bat Mitzvah girl, Audrey, noted that Pharaoh was fearful of the Hebrew males, yet, in truth, he should have been more afraid of the women, for in our Parsha, it was the women who were the real saviors.

First, we encounter the midwives, Shifra and Puah, who refuse to kill the Israelite baby boys. They claimed to Pharaoh that the Hebrew women are like wild animals who give birth on their own. But the Torah says they disobeyed him because they feared God more than Pharaoh.

Then we’re introduced to Moses’ courageous mother and sister, Yocheved and Miriam. At their own risk, they hide baby Moses for three months. Then, when it was not possible to hide him any longer, with reliance on pure faith, they placed him in a basket on the Nile, hoping that somehow, he would live.

Next, we come across another famous rebel, the daughter of Pharaoh. Defying her father’s decree, she saves Moses’ life and adopts him as her son.

The Parsha concludes with another woman hero, Moses’ wife, Tzipporah. As Moses is preoccupied with saving the Jewish people, he neglects to circumcise his second son, Eliezer. Tzipporah is the one who performs this sacred mitzvah.

Underestimating and undervaluing women was not only Pharaoh’s flaw; it took millennia before women were properly appreciated. Audrey is grateful that she could read the Torah and lead the services at her Bat Mitzvah, a privilege that women only recently acquired.

Discrimination and inequality are not only women’s issues; they affect people of all races, religions, and sexual orientations. How timely is it that Pharoah’s misguided judgment is read right before Martin Luther King, Jr. Day? Assuming one type of human is superior to another prevents all of us from achieving our potential and eliminates the possibility of global peace.

Yes, I am wise

But it’s wisdom born of pain

But look how much I’ve gained

If I have to, I can do anything

I am woman (replace with other religions, races, sexual orientations, etc.)

Thankfully, our Bat Mitzvah students are strong, but there’s a long way to go before men and women of all creeds are respected and treated equally. May our small success make us more determined to achieve our final goal.